What do we know about Libya? 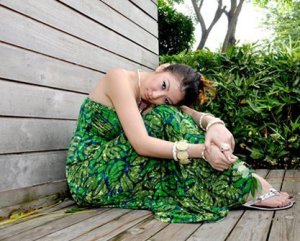 To answer the question, let’s be honest: Not a lot. Some of us didn’t even know of the existence of Libya before the invasion.

And now that we think we do, what else do we know besides the name Ghadaffi, his flamboyant style, his platoon of female bodyguards and the label “tyrant”?

The media knows that sensationalism sells. So have we been buying it, lock, stock and barrel? Are we content with flipping channels on tv and pages on newspapers or have we tried to see Libya through the eyes of Libyans?

Let’s be honest now: Not much and not nearly enough.

But this much we do know, Libya didn’t need a “humanitarian mission” to bomb their University, Hospital, Clinic, Residentials, Food and Water Supplies and City, causing death to massive innocent civilians in the name of  “peace”.

I am surprised and disturbed by the silence all around regarding the plight of Libya.

I’ve also been called many things for having an opinion of my own, and labeled “pro-Ghadaffi” and “pro-Saddam” and “not knowing what I’m doing” and “making a fool of myself” and “not thinking properly” for posting up videos and articles that shows the other side of the story not shown by mainstream media.

How about this. I am pro-Humanity and pro-Justice and pro-Life.

At least I do not claim to know all there is to know about Libya and Ghadaffi and NATO’s true mission for invasion–even though it stinks of greed.

I only know that my heart bleeds at the sight of Libyans crying over the dead bodies of their babies, children, brother, sister, father, mother and fellow Libyans.

I only know that I do not wish to see that look of Fear and Terror that is so apparent on the distressed faces of Libyans, on my own family’s face one day.

When it does, do not be surprised by international apathy, as we are now so guilty of. Our tears and rage and loss will just be another foreign conflict in a foreign country–far, far away.

I can imagine this to be the natural response by observing our current response to Libya.

But because this blog is about Inspiring a Loving Way of Living, I’m not here to point fingers at anyone but to point out to you, the power that is in your voice.

Speak up for the weak and the powerless–it’s the least YOU CAN do, right now.

“On some positions, Cowardice asks the question, “Is it safe?” Expediency asks the question, “Is it politic?” And Vanity comes along and asks the question, “Is it popular?” But Conscience asks the question “Is it right?” And there comes a time when one must take a position that is neither safe, nor politic, nor popular, but he must do it because Conscience tells him it is right.” – Martin Luther King.
~
Marvel at the life-enhancing possibilities of Libya’s Great Man Made River,  a vision birthed by the “tyrant” Ghadaffi to provide precious water for the African region by 2015, turning the desert green and producing food where there was none. The Libyans calls it the “8th Wonder of the World” and with well deserved pride. Believe it or not, a country can do well without foreign intervention. I have said my Peace.

Inspiring A Loving Way Of Living -- “The Growth of one blesses all. I am committed to grow in Love." - Julia Cameron -- www.theloveculture.wordpress.com www.facebook.com/theloveculture
View all posts by theloveculture →